The Changing World of Superyachting: a Captain’s three decades

In the past few decades the global yachting scene has changed dramatically. Forty years ago any yacht over 80 foot would have been conspicuous, the talk of the town even, in one of the ports that is filled with the mega yachts of today. Since then, the profession, along with the industry that supports the world’s superyacht fleet, have all grown and adapted to respond to the needs and tastes of today’s yachts, and the legislation that each country and the global market dictates.

Steve Carson has, more than most, experienced first hand the world of superyachting for over the past four decades. His career on large yachts started at a young age and now, retired to a harbour front home in Falmouth, Cornwall, he is able to reflect on his career and the changing face of superyachting. 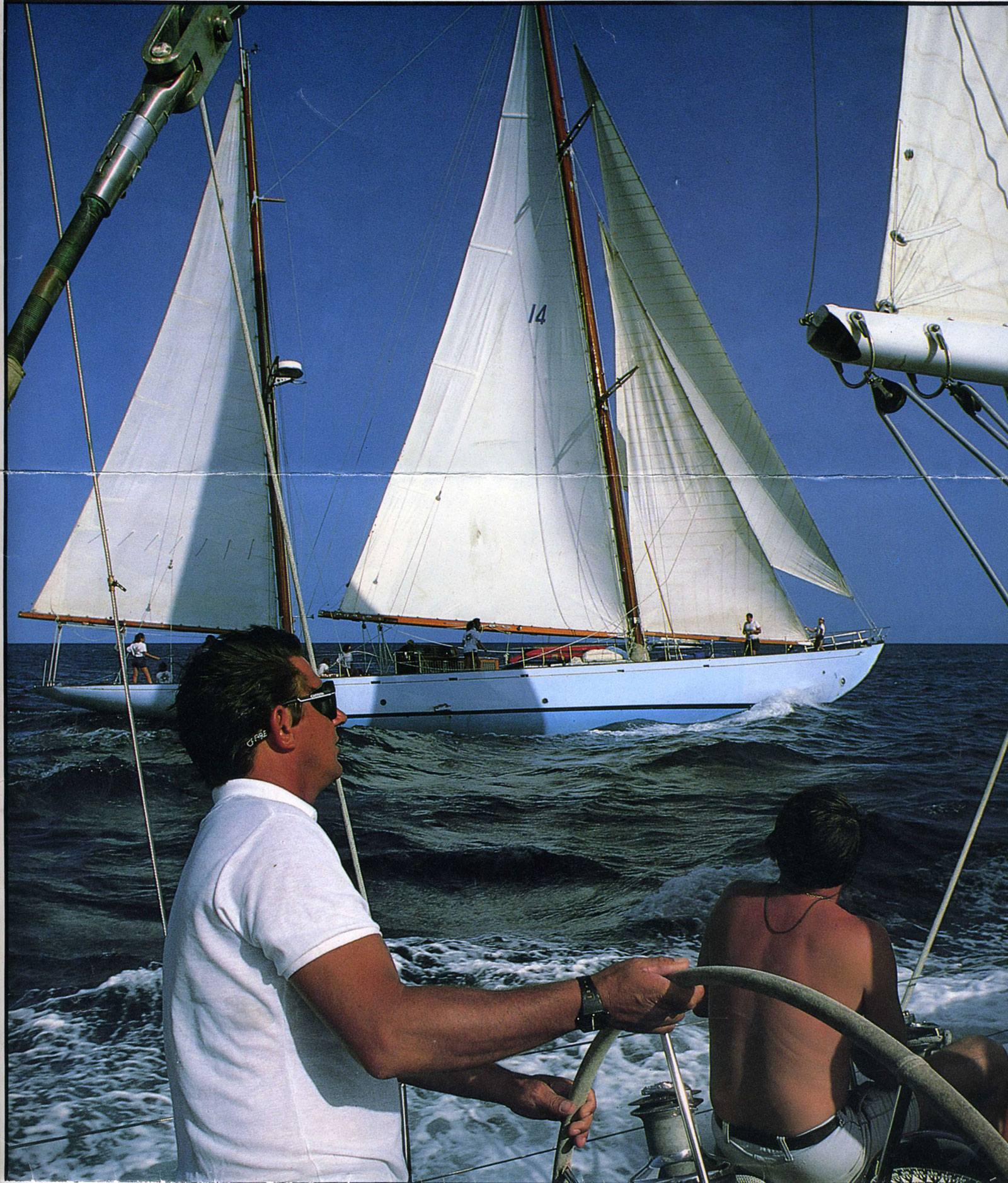 Steve’s father was a keen sailor so the family were messing about in boats from a young age when he sailed dinghies in Yorkshire. He went to boarding school in Cowes where sailing played a major part in the school curriculum. “This was really the beginning for me,” he recounted. “At school we took boat building lessons at Clare Lallow’s yard as well as spending as much time as possible sailing.”

Steve joined the army for three years but when he was just 22 his parents retired and decided to spend their pension on a yacht to take to the Caribbean to run as a charter boat. This was in 1968, and they invited Steve to help them take the yacht, a Camper & Nicholson 38, across the Atlantic to Grenada, an offer he couldn’t refuse.

Once there, they ran a successful business, but surplus to requirements as crew and left to his own future, Steve sought, and quickly found, a crewing position on another boat, a 60 footer, graduating the following season to a 72 footer, sailing up to the USA. There he met Bob Garland from S&S who offered him a choice of positions, and he chose Sea Star, a 90 footer that was going around the world with just three crew, giving Steve a perfect opportunity to learn every aspect of running a boat. One charter guest was celebrity American TV present, Hugh Downes, of the Today Show, who offered Steve his next job, and the first as a captain. His Grand Banks 50 commuted between New York and the Caribbean. “There was only celestial navigation and a DF radio in those days,” recalled Steve, “so every voyage was a much greater adventure than it would be today.”

Rising to the rank of Captain…

Once established as a captain, Steve had a series of positions. He ran a maxi yacht and did the Transpac race. He went on to run two iconic classic sailing yachts, Gitana IV, originally built in 1962 for Baron Edmund de Rothschild, and the 169ft Adela, a modern classic built at Pendennis Shipyard in Steve’s hometown in 1995 and refitted in 2000. Steve carved out a steady career staying with one of the owners for 24 years. He did the Fastnet Race on Gitana in 1993 and started work on Adela in 1993, the year after she was built. His wife Anne joined him as chef and chief purser on board.

Steve and Anne now enjoy spending six months of the year at their home in Falmouth and six months in Antigua where they have spent so much of their working lives. Anne has recently started her own business in the UK, providing yacht services including port clearance, provisioning and services for the increasing number of yachts that are coming into Falmouth, UK, most of which they can watch coming in and out of the Sound from their own living room window.

“By the time I retired there were very few places I hadn’t been to by sea,” says Steve. “Yachts tended to go to the same places repeatedly – St Tropez, Porto Fino, Capri, Palma, Turkey. "

As well as watching the Adela build unfold in Falmouth, Steve also brought Gitana IV there in 1992 for a refit and Adela continues to come back here every five years for a makeover. “One of the mates on board when I was captain is the captain now,” he says, “so we are still closely connected.”

The yachting experience is not the same as it used to be, but in what way? 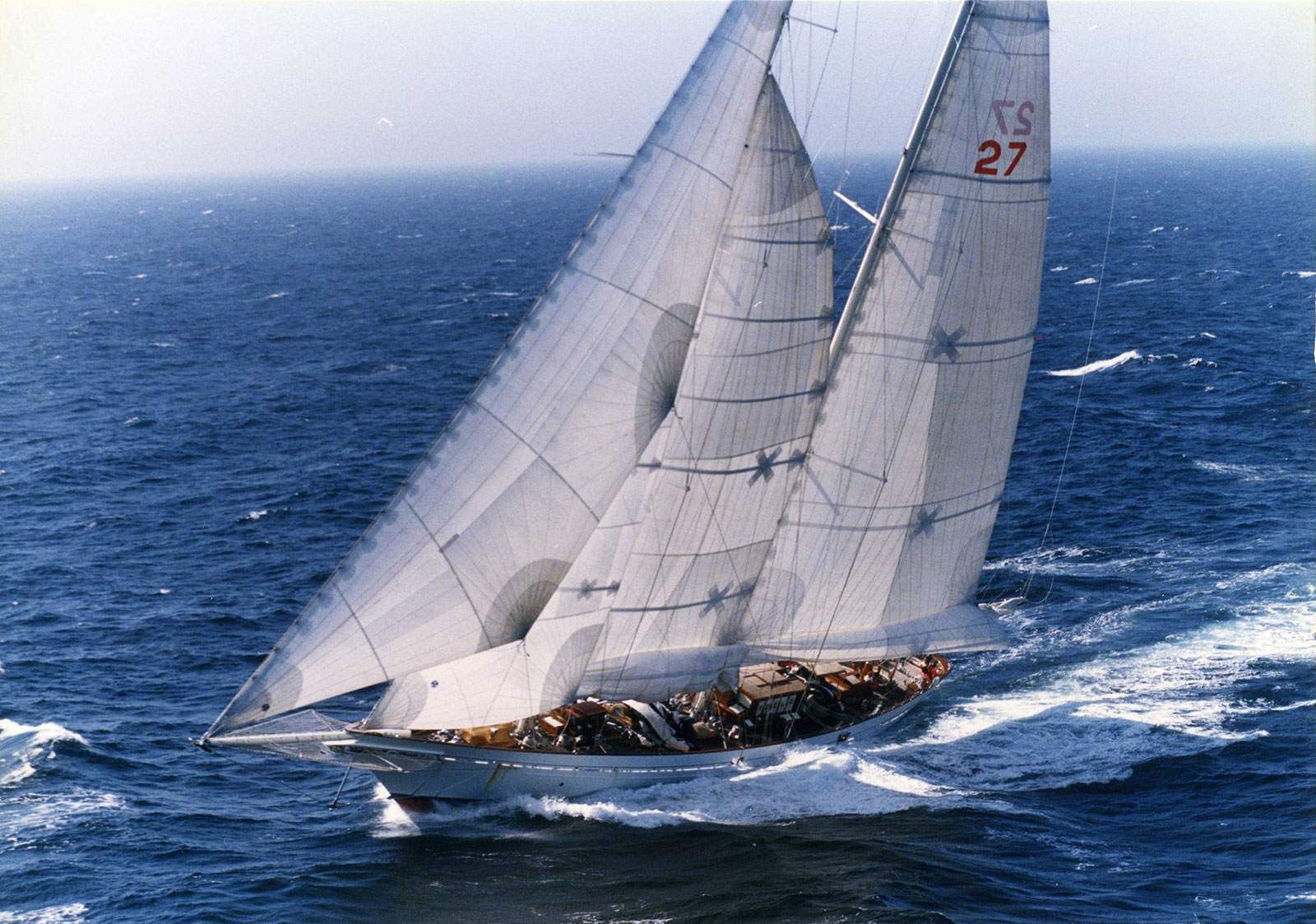 “Well of course it’s not the same – I wish I’d been around in the time of Captain Cook when there were no limitations,” says Steve. "But it’s a good thing there is more regulation. With 20 or more crew on modern superyachts regulation is needed. Management companies are playing larger roles, and tend to arrange refit and restoration projects near their own bases. I also notice that the turnover of captains and crews is quite high, as everyone is constantly looking for the bigger boat.”

Then there are the owners, without whom none of this would exist. Steve believes that most owners are steady serious yacht lovers who will start with a small yacht and buy larger ones as their wealth increases. “An owner is like a first class passenger on a luxury ocean liner with every service at their disposal,” is how Steve describes the owner experience. “Except that they are on their own boat and instead of having to go from A to B they can go anywhere they want and at short notice. And, if they aren’t happy somewhere, the boat can always move.”

Talking about the future, he sees more growth. “I believe the number of yachts and their sizes will just get bigger and bigger. There was a time, back before World War One when huge motor and sailing boats were being built, but only for the wealthy few. Now the era of big boats is back, but a lot more people can afford them.”

“When we built Adela she had the tallest carbon rig in the world. They are now three times the size. Not many superyachts today go to the scrapyard. They are usually bought inexpensively or at auction. Then are completely refitted to the owners’ requirements. This is common practise because it cuts the build time of a new built by half. I worked for an owner who bought an old Feadship and started again building up from the original hull. The cost of a steel hull nowadays is very expensive when you take into consideration the designs, and drawings, materials and engineering, not to mention the time involved in building a new yacht. The second hand market is not as healthy as it could be, though, as a lot of new owners still want new builds.”

Thoughts on the future…

“Things have changed a lot,” muses Steve. “In the early 80s a superyacht might have been 60ft. Now the wealth of the world has gone crazy. A huge amount of money is pouring into superyachting, notably from the internet billionaires.”

Typically to take part in a superyacht regatta, the minimum boat length is 23 metres but most are bigger, a lot bigger. The demands on a captain’s career have changed too. “It was harder to be a captain all those years ago,” he explains. “If you got into the business as a deck hand you had to make the definitive decision that you get in and stay there, to work your way to the top. Nowadays it is easier to keep a senior job for longer. Captains share jobs and can have a family life. Plenty are happy to be paid for nine months of the year to do six months on board. Even chefs and engineers are job sharing now.” He adds “It’s a much better long term environment to work in of course but it has its challenges! There can be a bit of rivalry between the two different crews and captains and discussion about who is looking after the boat better!” 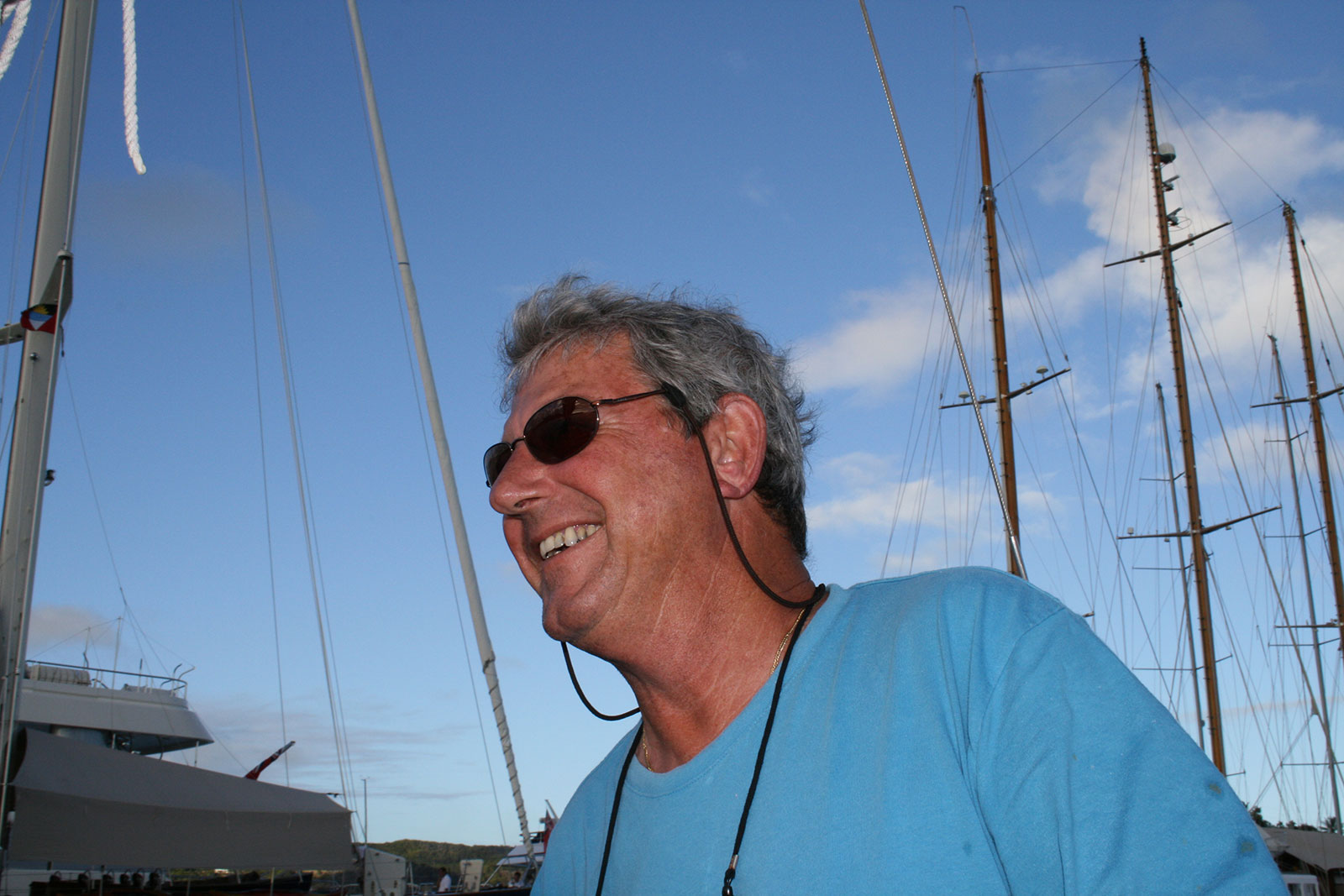 Steve notes that the opportunities to visit previously remote destinations are greatly on the increase. “Boats are much bigger and can cope well with cold northern climates. Many more are heading to Scandinavia, Norway and Iceland, while Russian and other owners are keen to take their yachts into the Baltic and to St Petersburg. Talitha G and Nahlin ( 300ft – 91m steam yacht built in 1929) have both been in Norway this summer. They are big and fast and they can quickly get back to the Med after their northern voyage.”

Some have even done the Northwest Passage. “There are owners who want adventure, while others just like to stay around other superyachts in the traditional locations,” Steve observes. “A large yacht can get through the Northwest Passage – they don’t have to have Explorer reinforced hulls. Probably only three or four a year are doing it, but it’s a noticeable trend.”

Weather routing is one of the biggest benefits that the new generation of superyacht crews have. “We used to go offshore based on a not always accurate synopsis on a weather fax, trying to guess the long range. Nowadays you can decide where to go and adapt your route at two days’ notice. It makes a big difference not having to run into unexpected weather.”

Although facilities in lesser used destinations such as the Middle East and Asia are expanding, shoreside support still struggles to keep up with the needs of the growing superyacht fleet. Everyday logistics still dictate where the yachts will go. “Broadly speaking, captains are the driving force of where the boats are kept,” says Steve. "If they have families ashore, in traditional venues like Palma, Mallorca, that’s where they will go for repairs and refits. There is a huge expat and crew presence in Palma and the south of France, and along the coast into Italy.”

Yachts, once launched from the big yards of places like the Netherlands, are unable to easily get back into the yards which aren’t always on the coast, so they have to go for refits in other coastal areas, hence satellite Refit & Repair bases being set up in the Med.

Perhaps the most overriding concern that Steve has for the future is the effect of large yachts on the environment. “This is my pet subject – the environment really concerns me. All those years ago we used to thrown our rubbish over the side. I remember being tied up in 79th Street Marina in New York in 1972 and watching the massive piles of rubbish being taken out by barge and dumped in the first bit of open sea.”

“There have been some big advances now. Ships can’t pump their bilges and waste oil without incurring a huge fine, consequently the oceans of the world are much cleaner than they used to be. Of course now we have the problem of plastics, look at how much is being washed up on the beaches. It preys on my conscience that we were throwing plastics over the side back in those days, although I don’t think there was as much as there is now. The new superyachts now have the ability to dispose responsibly and recycle their rubbish, which is a big improvement. Let’s hope things continue to improve throughout the world."