Congratulations to the team at Caribbean Compass, who have proudly celebrated their Silver Jubilee 25th Anniversary Year these last 12 months...

If you've ever spent time in the Caribbean, you'll know of Caribbean Compass! The magazine that has cruisers and professional crew alike, diving for copies as they are distributed in the islands every month!

The Compass is distributed free in print and online, supported entirely by advertising, its success hinged on the premise that putting the reader first works for everyone. High-quality content means avid readership; avid readership means great exposure for advertisers; and a strong advertising base means viability. The quality of content a premise the Superyacht Services Guide shares with Compass. 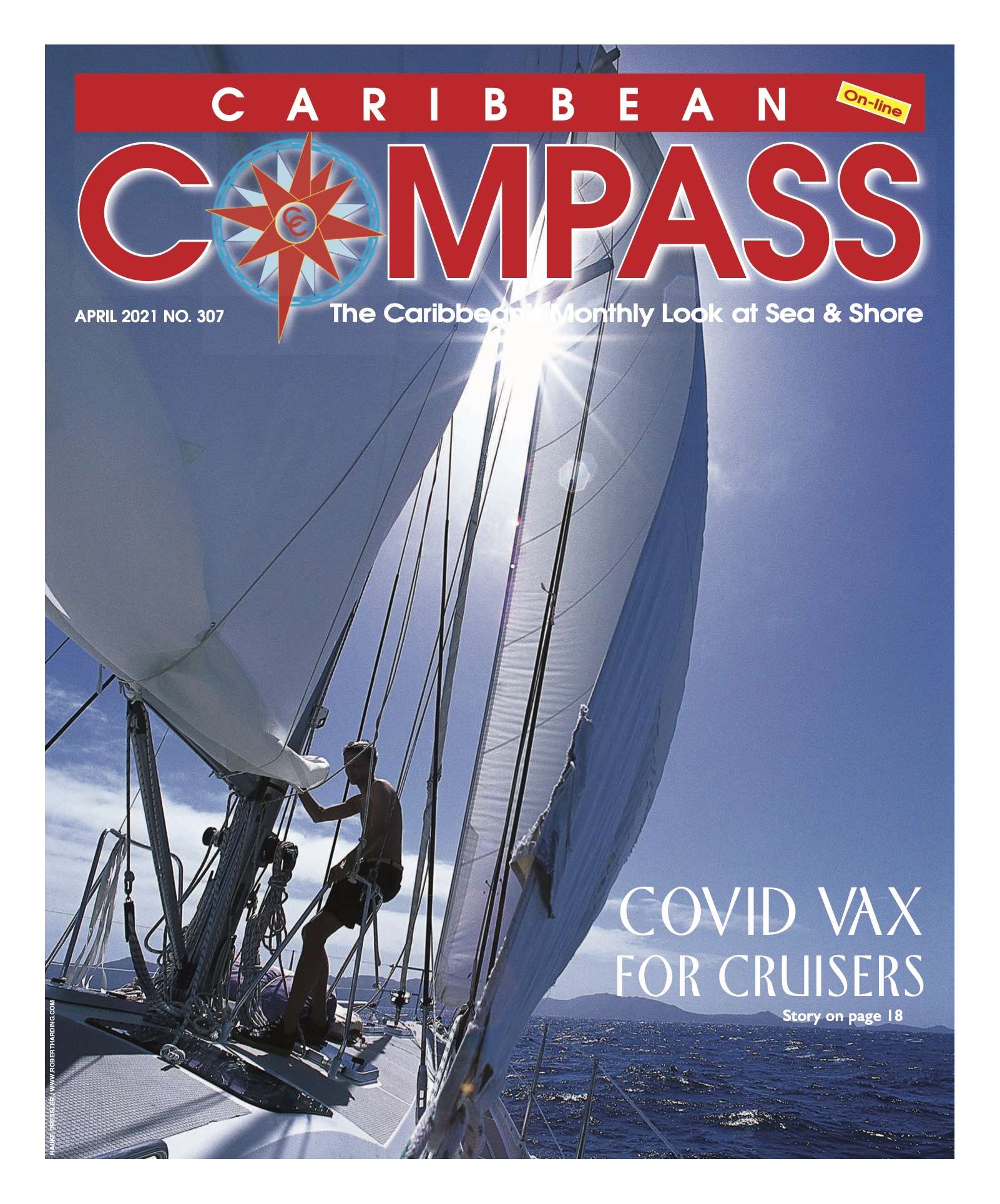 From cruising destinations, sailing events, marine environmental news, and shoreside activities of special interest to boaters, all pertaining to the Caribbean Sea, this monthly magazine is extremely well received and won the Seven Seas Cruising Association’s Service Award in November 2020, for providing sailors in the Caribbean with key country information for passages over many years, particularly during the ongoing Covid-19 pandemic.
One reader recently commented, “I keep being impressed by what a good magazine this is and what a good balance you keep — valuable information, ripping yarns, important ecological stuff, and fascinating nature stuff.”

The pandemic has brought connections we might otherwise not have made, this interview and communications between Editor/ Directors Sally Erdle and Caroline Blatter being one of them...

But how did Compass start, and who are the team behind it?

"After completing a circumnavigation by returning to Bequia just before Christmas of 1994, my husband, Tom Hopman, and I wondered, “What next?” The cruising kitty was depleted after almost six years on the move, but we couldn’t bear going back to our old chartering or yacht delivery routines. 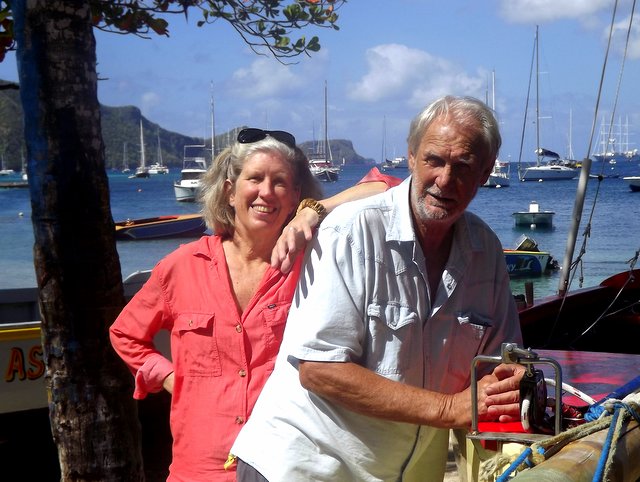 Then, on New Year’s Eve 1994, over drinks in the cockpit of a friend’s yacht anchored in Admiralty Bay, Bequia, another sailor mentioned that he had seed money to invest in a newspaper. Did we know anyone who might be interested? Well! ...
We had enjoyed reading just about anything we could get our hands on during our travels, and during a year-long stopover in New Zealand I had worked as a feature writer for a local newspaper, the Northern Advocate.

At university Tom had earned a business degree. The now defunct Caribbean Boating magazine was being published in St. Thomas, but copies rarely reached the Southern Caribbean. We thought that with all its boating activity, it was ridiculous for this area not to have a marine publication of its own — and we needed something to do!

The first issue of Caribbean Compass was published in March of 1995.
Due to advertising demand and popularity with readers, the magazine rapidly grew, and its reach soon covered the entire Caribbean.

Except for two early issues, Caribbean Compass has always been printed by Guardian Media Ltd. in Trinidad, and print copies are sent by ship and plane throughout the region.

The Compass became available free online in 1997. Now, with approx 5,000 copies printed monthly in high season, and an online readership of 17,000 unique visits per month, Caribbean Compass is a lifeline of information throughout the region.

Was sailing and the Ocean in your blood?

I grew up in upstate New York, and Tom in Michigan. We both first came to the Caribbean under sail; me cooking on the classic 1927 New England schooner 'Shearwater' in 1973, and Tom singlehanding 'Thousand Clowns' in 1975 (from California, through the Panama Canal, to the BVI, Bermuda, Ireland, through the French Canals and the Med, and back across the Atlantic — which is when we met in 1982).

How and where did you and Tom meet?

Tom and I met in Bequia in 1982. I was cooking on a charter boat, 'Helos', skippered by my good friend and well known cruising guide author Chris Doyle. Tom was cruising on his Tartan 27.

Chris and I dropped anchor in Admiralty Bay behind Tom’s 'Thousand Clowns'.
Tom said to me later, (that famous chat up line!): “I liked the way you dropped the anchor!”
From my point of view, when Tom came out on deck I was impressed how a six-foot-seven guy unfolded himself from such a small boat to make sure we weren’t anchoring too close. The rest is history...

Sailing off into the sunset from Bequia... 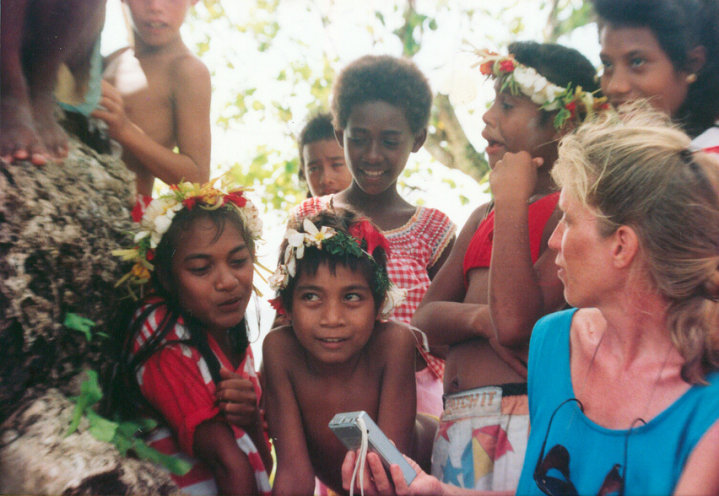 We based ourselves mostly in Bequia, bought 'So Long', a 1964-vintage Rhodes 41 sloop in Grenada and refurbished her in Bequia, where we spent a couple of years doing day charters in the winter, taking guests from from the Frangipani Hotel to Mustique or the Tobago Cays. We'd spend the summer off-season cruising and getting boat work done in Venezuela. 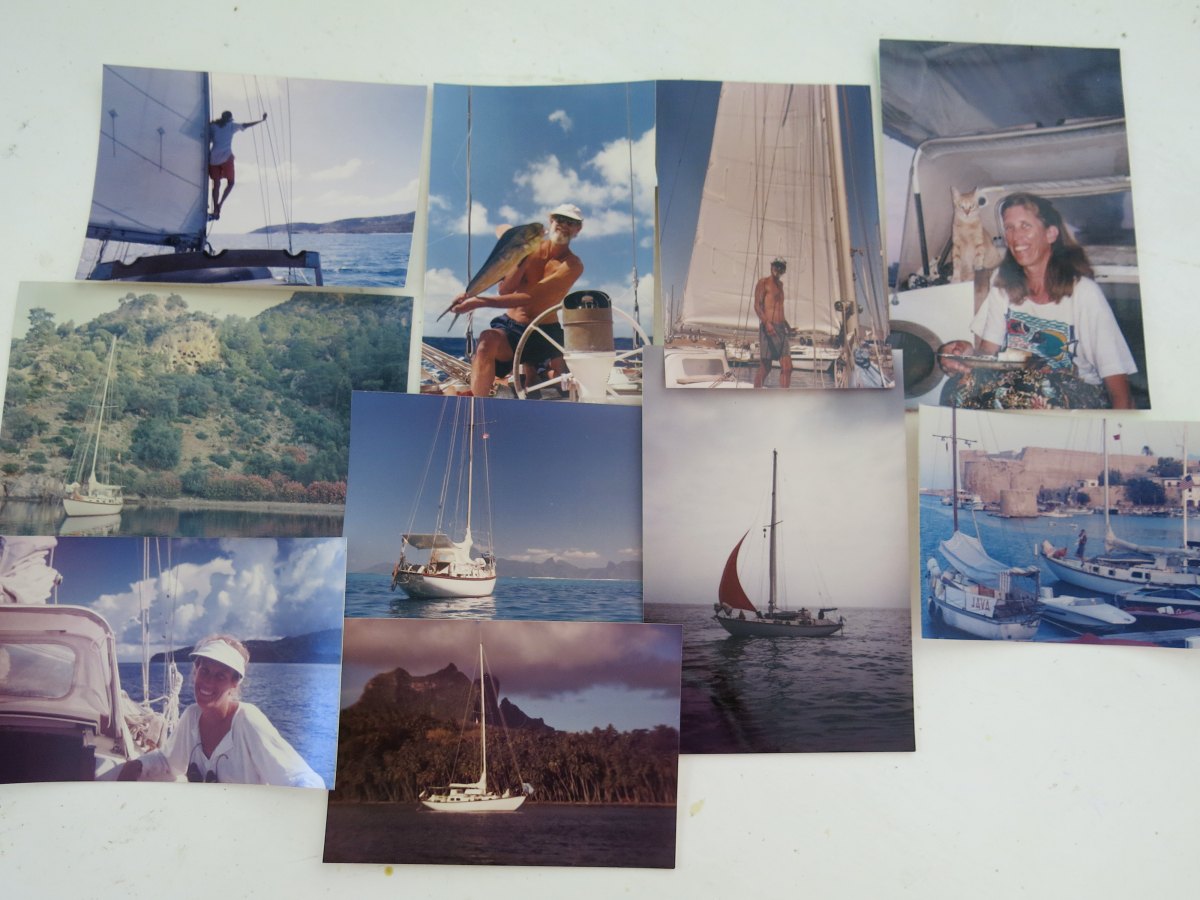 We began our circumnavigation in the Spring of 1989 and returned to Bequia in December of 1994, in time for Christmas and New Year!

Attached are a couple of images from our circumnavigation. The individual one is myself with some children at Gizo, Solomon Islands, in 1991. I had a tape recorder and they were hearing their voices on tape for the first time. The other is a collage with shots of Tom, myself and 'So Long.'

Would you do it all again?

We wouldn’t do it all again, but are very glad we did it when we did. We feel that those years (no active wars, no Covid) and at our ages then (late 30s and early 40s — fit, lots of sailing experience) were optimal.
We hope our next adventure (Covid permitting) will be some land yachting in our camper van in South America. There are so many places we just couldn’t get to by boat!" 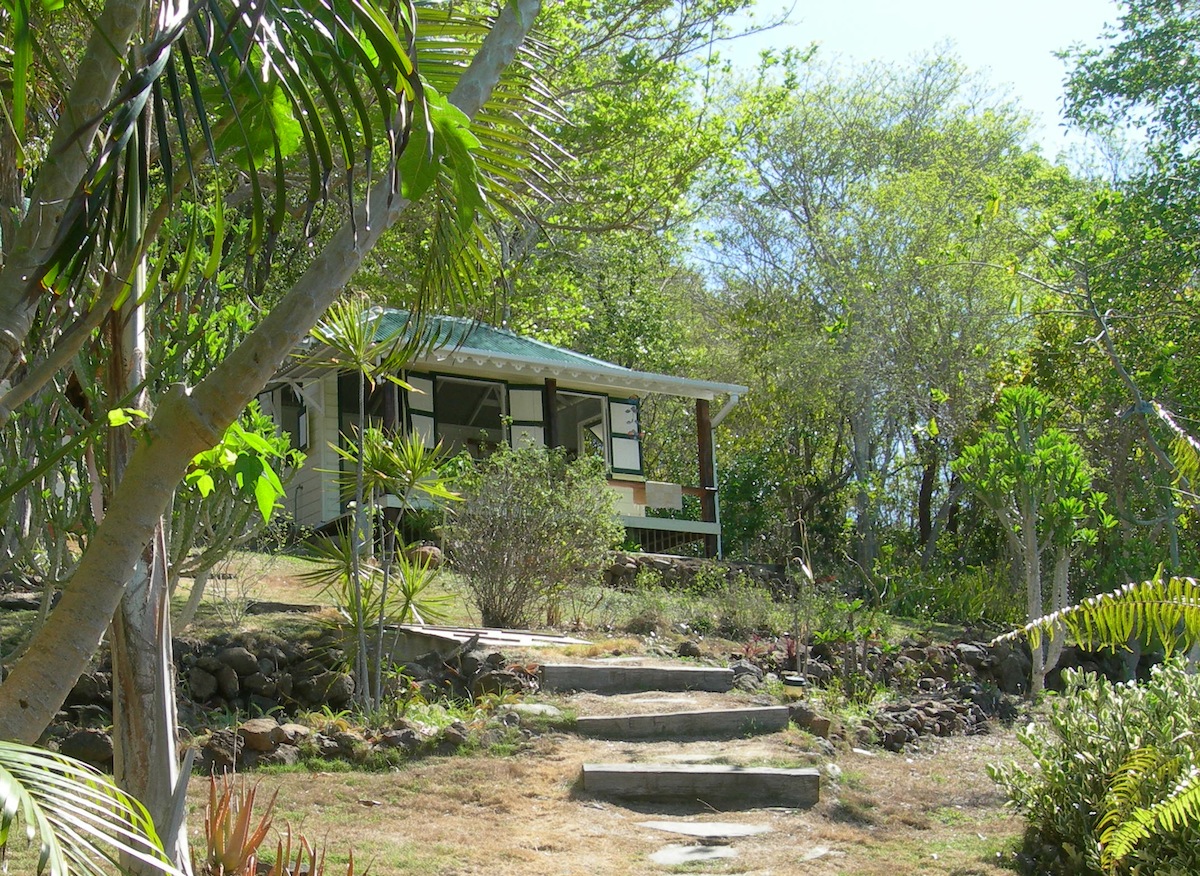 Thank you Sally for a new found friendship, I look forward to sharing time and more yarns with you and Tom at some point on our journeys...

To read the latest issues of Caribbean Compass, please visit their website
at www.caribbeancompass.com.

Sign up for monthly notification when each new issue is available online
at sally@caribbeancompass.com.

"Tom and I moved ashore in 2002; the photo above is our home office in Bequia."