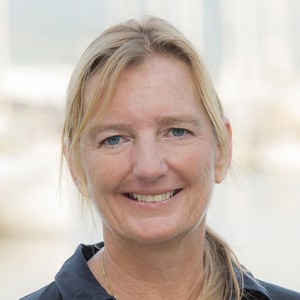 Born in Sydney but raised mainly in the UK, Sailing became part of Zara’s life after "hitching" a ride on a cruising yacht from Australia to Thailand, where she met her partner Nick Wyatt. Since then they have worked in the Med & Caribbean on various yachts, setting up Harbour Village Marina in Bonaire. Adventure followed when they then crossed the Pacific on their 32ft Phillip Rhodes, "Patience".

From 2002 until 2016 Zara & Nick managed Phuket Yacht Haven Marina, Thailand. Over the years, various stages of marina and shore-side development were achieved along with seeing major country and marine industry transformation. In 2016, Zara became the first female in SE Asia to attain her international Certified Marina Manager status and following Nick’s retirement, took on the marina management alone. She has been the secretary of the Thai Marina Business Association and remains actively involved.  Zara has recently moved on from Yacht Haven, hence her time to work with SSG – a project she has taken on heart and soul!