Since 2005, Acquafilms has been delivering some of the most breathtaking still and moving images for the superyacht charter industry, superyacht  regattas and racing circuit. They work with managers, brokerages and directly with yachts to arrange all aspects of a charter shoot or a custom superyacht racing film, renown for ‘telling the story’.

With local knowledge of the Caribbean, Bahamas, USA and Mediterranean, sourcing models, helicopters, chase boats and shooting locations in these yachting hotspots is second nature. Using the latest stabilised cameras, drones, lighting equipment and post-production techniques, their images and movies are always outstanding, and enjoy quite a following!

Their films are delivered in high quality formats suitable for social media channels, broadcast, mobile videos or whatever is required by the client. Still shoots are meticulously planned, executed and edited to the same high standards.

With an intimate knowledge of the industry, they are able to make film/photo shoots as painless and efficient as possible, combining still and film shoots to save crew and clients time during busy charter and racing seasons.

Based in Antigua, they work worldwide and have produced stills and films for some of the highest profile names in the industry, including; Adela, Baca, Sojana, Maltese Falcon, Tiara, Roma, Liara, Oasis, Lady Britt, Marie, Gunboat, Oyster, Lurssen, Perini Navi, Vitters, Northrop Johnson, Fraser, The Caribbean 600, the Superyacht Challenge and many more of the best yachts and brokerages in the industry.

We received first class feedback from one major superyacht (for whom they had put together an excellent video film to introduce their website) and also from the Chairman of a high-profile yacht building company, who was full of high praises for the promotional film they'd received.
Acquafilms also maintains a library of stock footage and still images.

Fill out the form to send a message directly to Acquafilms 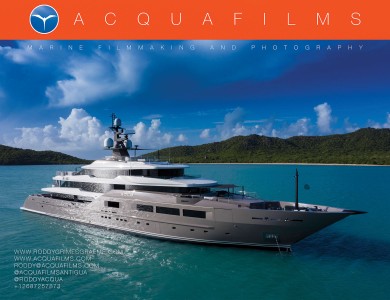 The most diligently compiled and comprehensive set of Guides in the industry. 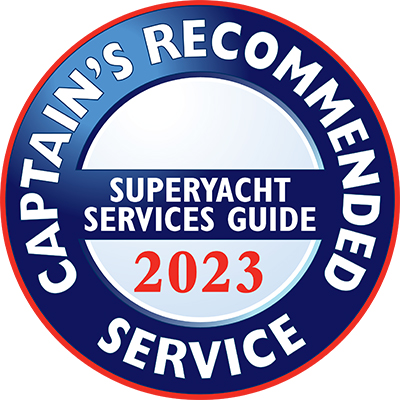