Andrew Blatter, founder of The Superyacht Services Guides, passes away...

We are sad to share with you that Andrew passed away surrounded by his family, on 6th May 2021, aged 58.

"He lives on in spirit... In the waves, the gusts of wind and in the rising and setting of the sun...Giving us strength and filling us with energy and inspiration. We feel his spirit and zest for life with us and in us, in all we are and do.
Life is so very precious and boy did Dad live meaningfully, love deeply and seek adventure in all life holds. He taught so many of us to grab life by both hands, to look for opportunity in every hitch and hold on for the ride, that way living your dreams even if you’re not quite sure what they are yet!" 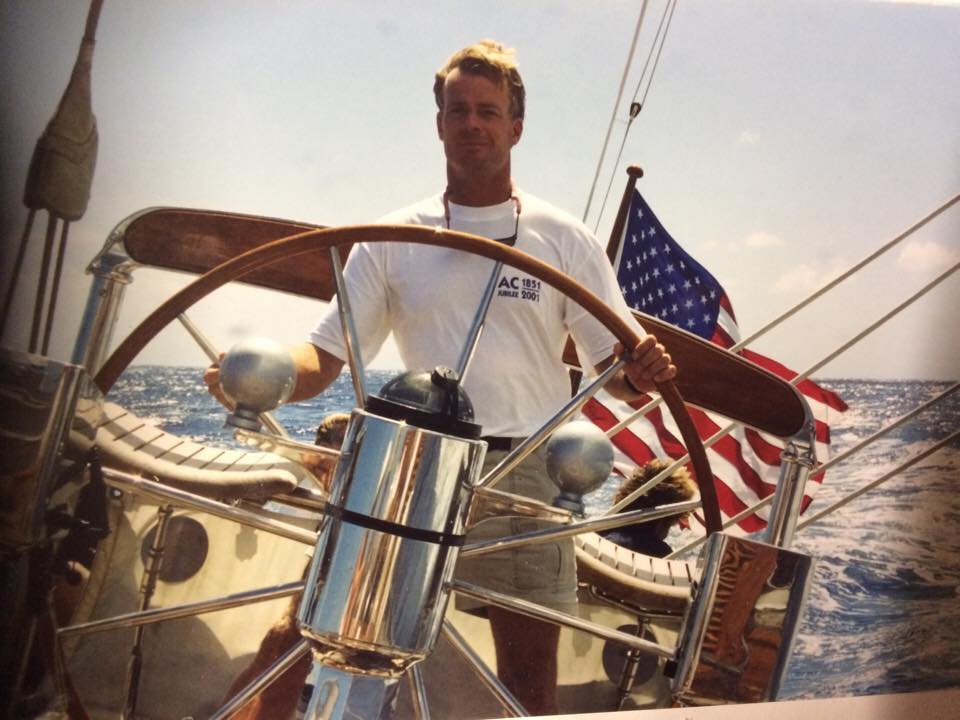 Born and brought up in a close loving family with two sisters, in Hertfordshire, England, Andrew had a bright mind and a strong spirit, which led him to more sporting triumphs than academic accolades in his younger years! Andrew left Aldenham school at 16 to complete an engineering apprenticeship, before joining his Father in the family business, a Ford Dealership in Edmonton, North London.

Andrew was diligent and tenacious, putting himself through many management courses to both further himself and the business. He quickly earned the respect of the staff, through his mechanical knowledge and innate business acumen.
He played rugby for Welwyn Rugby club during his early 20’s and through his sporting ability, natural leadership, and competitive nature, rose through the ranks to become Captain of the first XV. Andrew did everything at 100%, his commitment resulted in a severely broken arm and then neck on the field,
thankfully making a full recovery.
While the family business was cars, (he certainly had a string of very fast ones!) Andrew loved the sea and watersports from a young age. 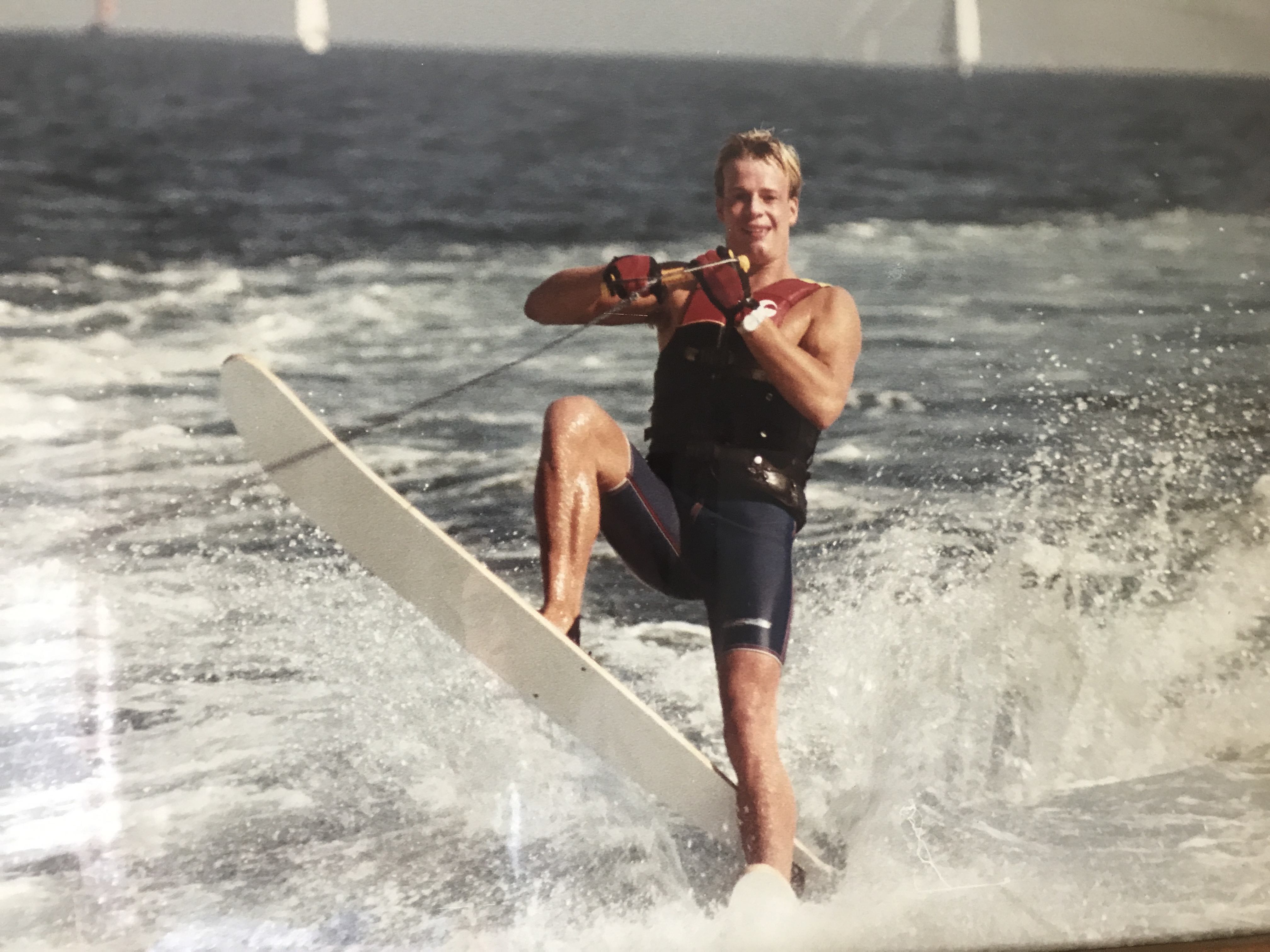 In 1988 aged 26, after watching a powerful documentary on how Dennis Connor ‘Won the Cup’, he realized that dreams were there to be had. Along with two old childhood friends, Richard Bannister & Andrew Thompson, he decided to throw off the shackles of London suburbia and the family business, drop the suits and ties, and replace them with a backpack and an open mind.

He headed to Palma to walk the docks, and soon picked up a ride on a family cruising boat as deckie, all the way to the Caribbean. He thought he was sorted, until he found himself Captain after the hired delivery skipper hastily departed in Gibraltar. With very little experience, Andrew immersed himself in learning chart work and thankfully celestial navigation – embarking on this young family's dream on 'Hong Kong Lady' in the 1988 ARC to Barbados – a 26 day crossing where every challenge possible befell them, including losing all power and fresh water, he navigated the entire way by sextant, the last of the fleet to arrive! 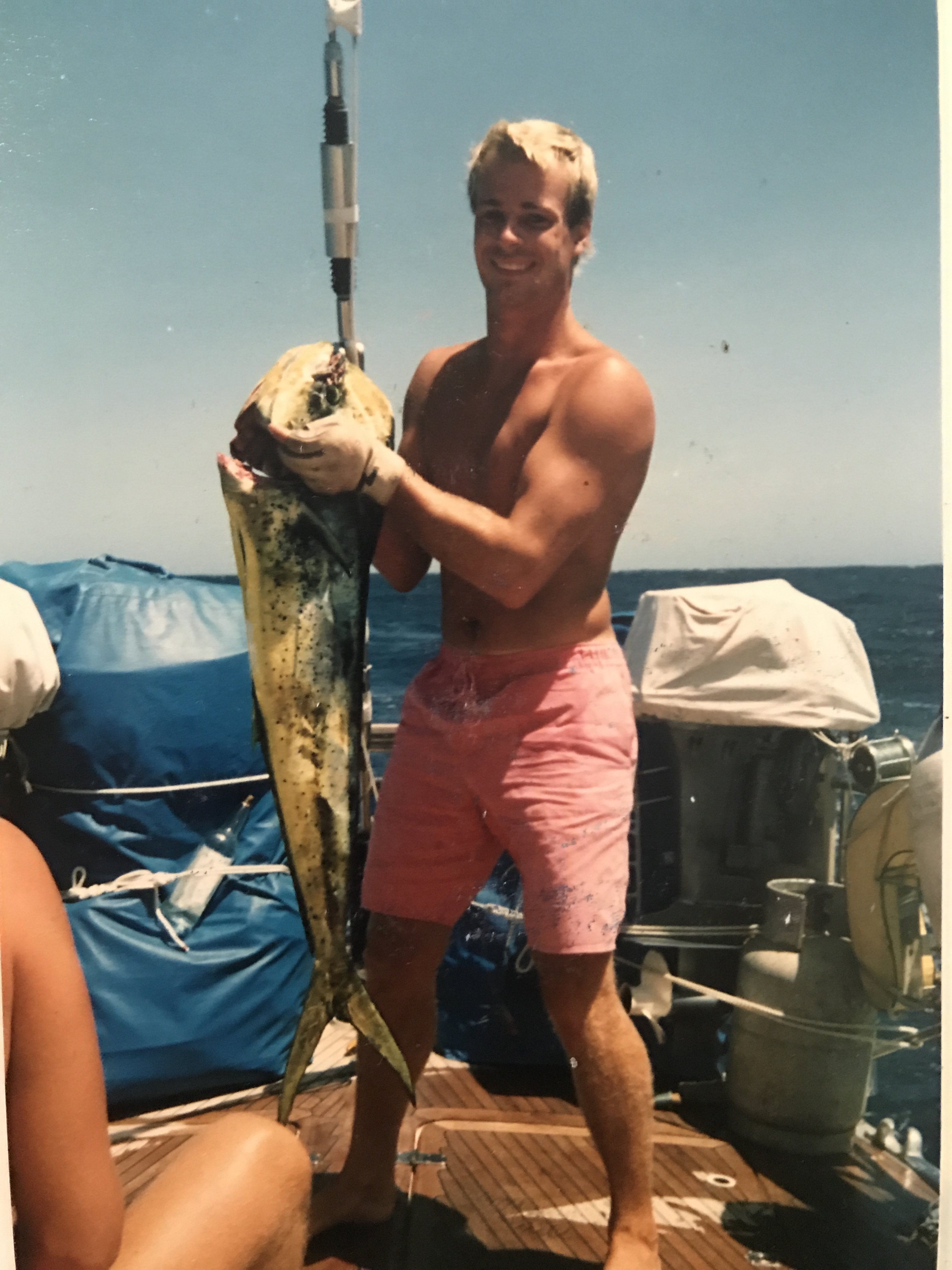 As all yachties did back then, he headed to Antigua to try to find a passage/ work – joining the Swan 61 'Windfall', sailing trans-Pacific to Hong Kong, making lifelong friends along the way, including owner John Watson and Chris Henry, his now brother in law. 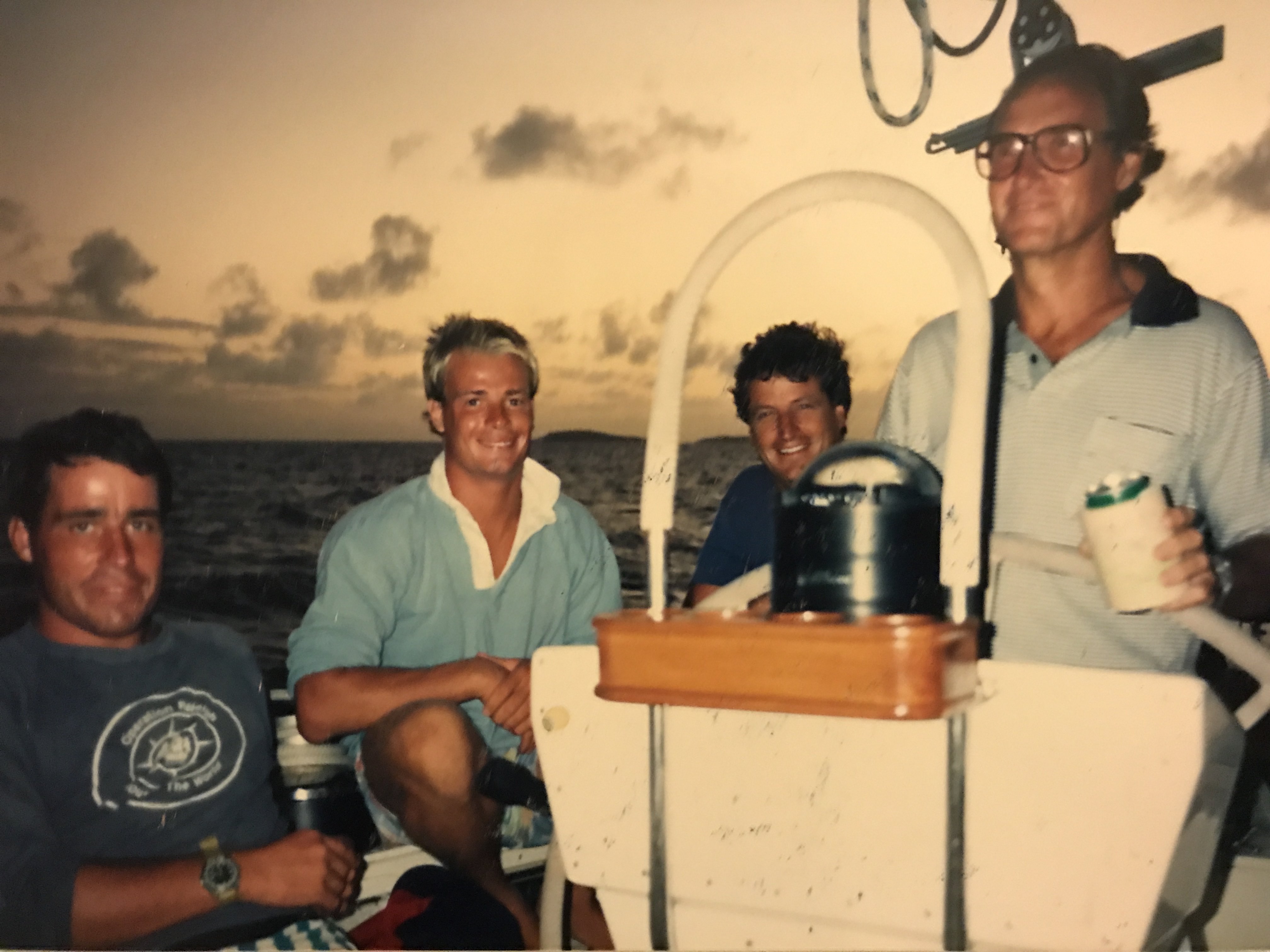 At heart a family man, Andrew returned to England in haste to be with his mother and sisters Esther and Lucy during a family crisis - working back in the family business that he had walked away from. He eventually rejoined 'Windfall' and her owner in the Maldives in 1992 to deliver her to Palma.

During this interruption to his sailing career, Andrew met Caroline again, an old school friend of his sister Lucy and a Physiotherapist working in a London Hospital.
Caroline was bright, beautiful and vivacious, Andrew was blond, blue eyed and had a burning drive for all he aspired to, including Caroline. 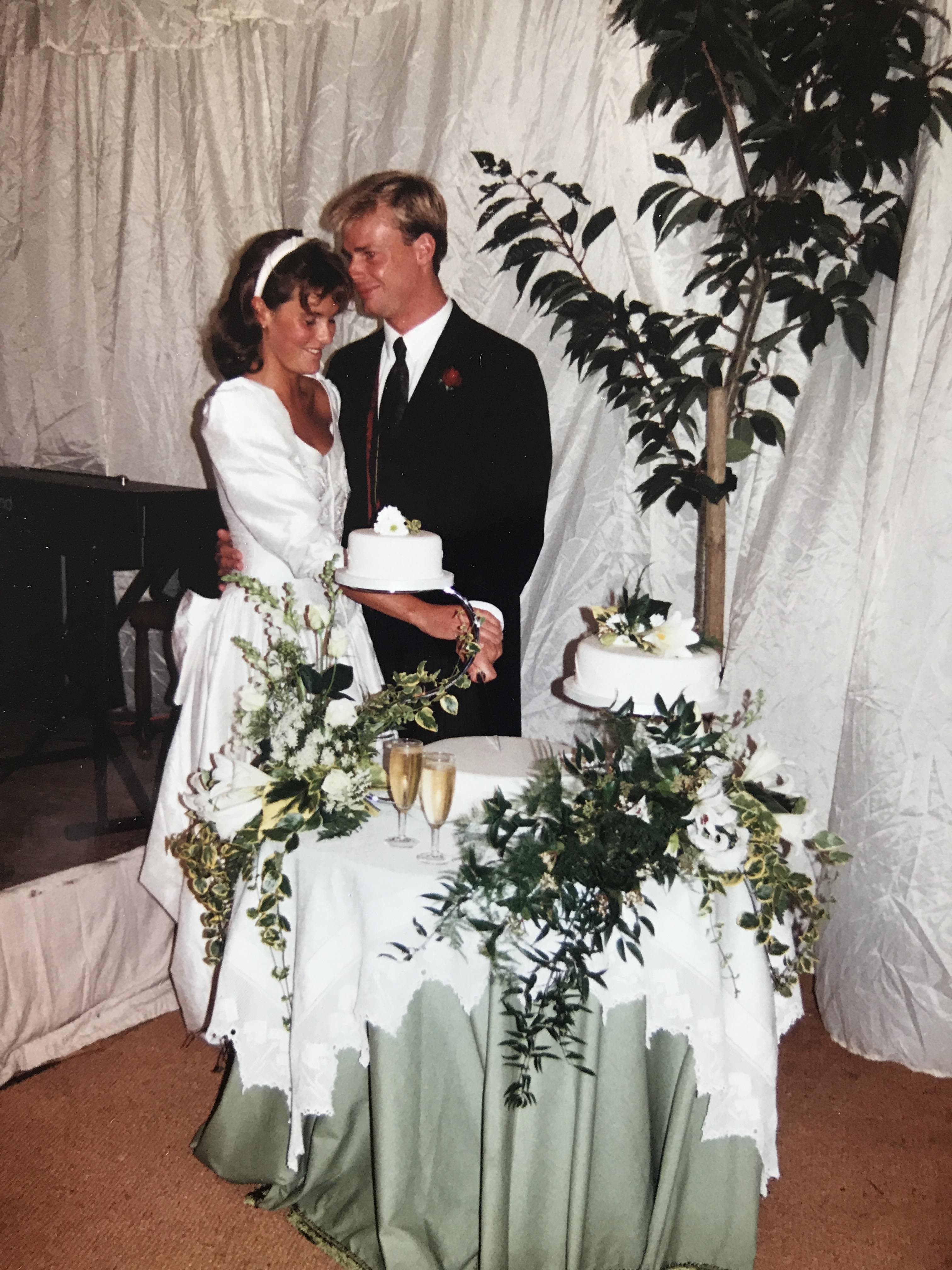 They were married on October 10th 1992, making Mallorca their first home – chartering 'Windfall' throughout the MED for a couple of years until a sale and delivery to St. Lucia in the 1994 ARC. 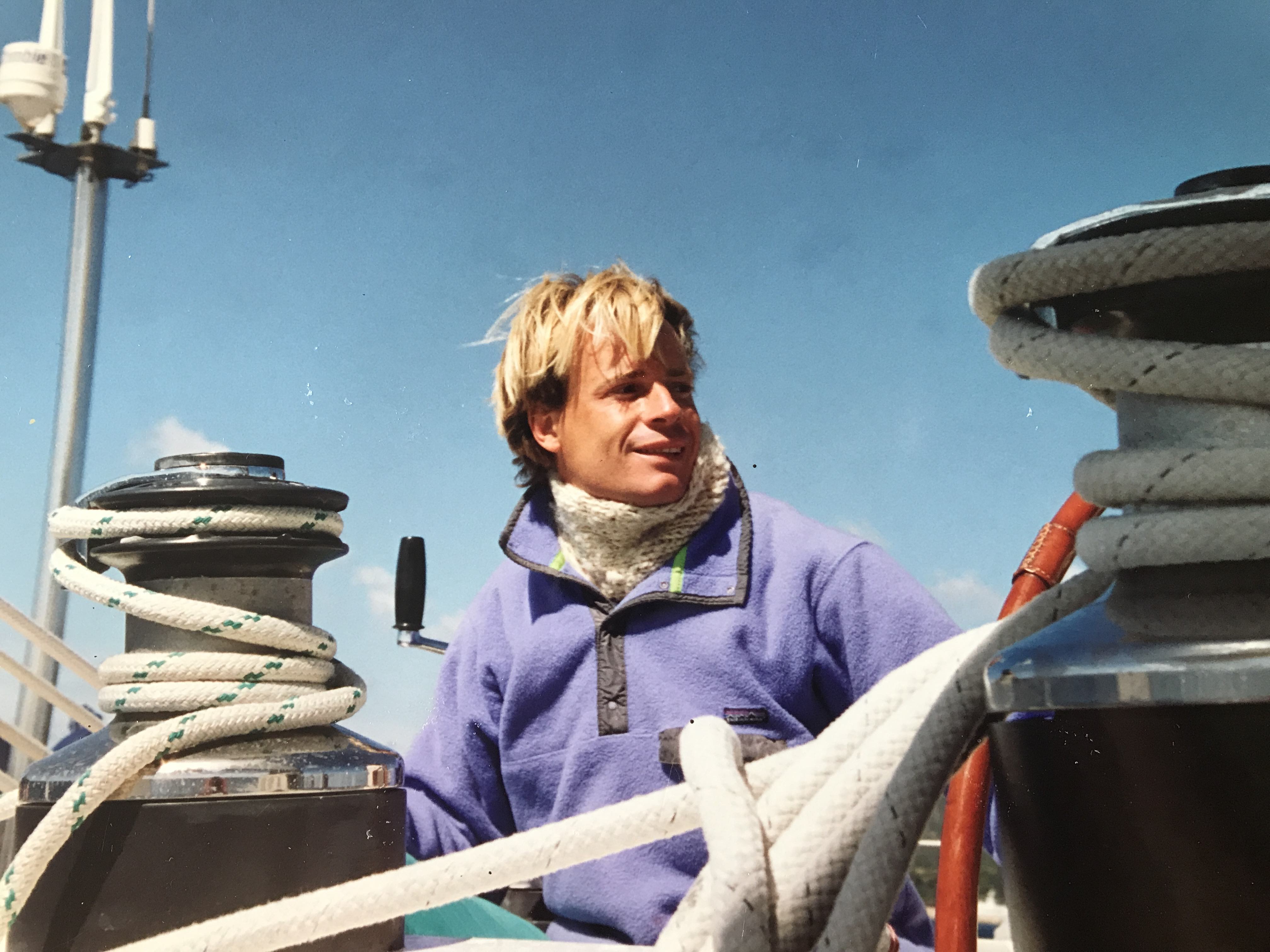 Backpacking round India and trekking the Himalaya in Nepal followed for 5 months, before the new Southampton built 85ft Spirit of Tradition ‘Zanna’ beckoned, with another round of trans-Atlantics, some wonderful cruising in the Caribbean with her owner and family, Bermuda and the Azores, over two years. 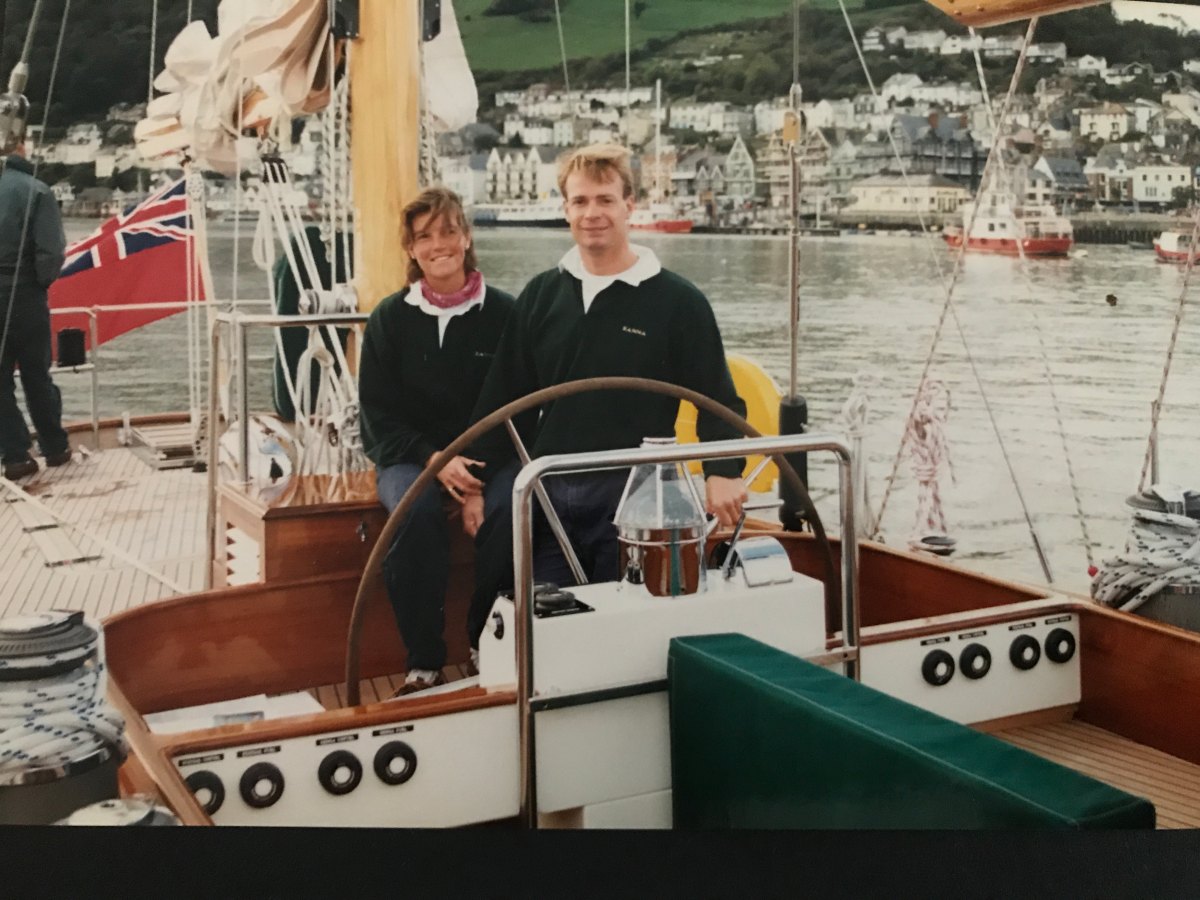 Andrew’s zest for learning saw him complete his STCW '95 MCA Class IV Master for yachts up to 3000 tons and become an RYA Yachtmaster Instructor.

With the arrival of Tristan in 1997 and Jessica in 1999, the young family based themselves in Palma once again, buying a 37ft cruising boat 'Tatopani' as their first home. Andrew ran and managed an extensive refit on a tug yacht, and even found himself modelling for Burberry’s on the Classic motor yacht 'Meltemi'!

The sad passing of his beloved mother Ann in her early 60’s was a reminder that life was so very precious and had to be lived – so it was time for more adventure!

Andrew and Caroline, along with brother in law Chris and his eldest son Finn (now of NZ AC fame!), the 3 adults and 3 children (under 7 years!) crew, set off in the 2000 ARC, completing the transAtlantic in 23 days.
'Tatopani' and her Blatter family crew eventually dropped anchor in Falmouth Harbour, Antigua – spending four incredibly happy years there, living aboard and cruising the islands south every summer, with the addition of young Miles to the crew in 2002. 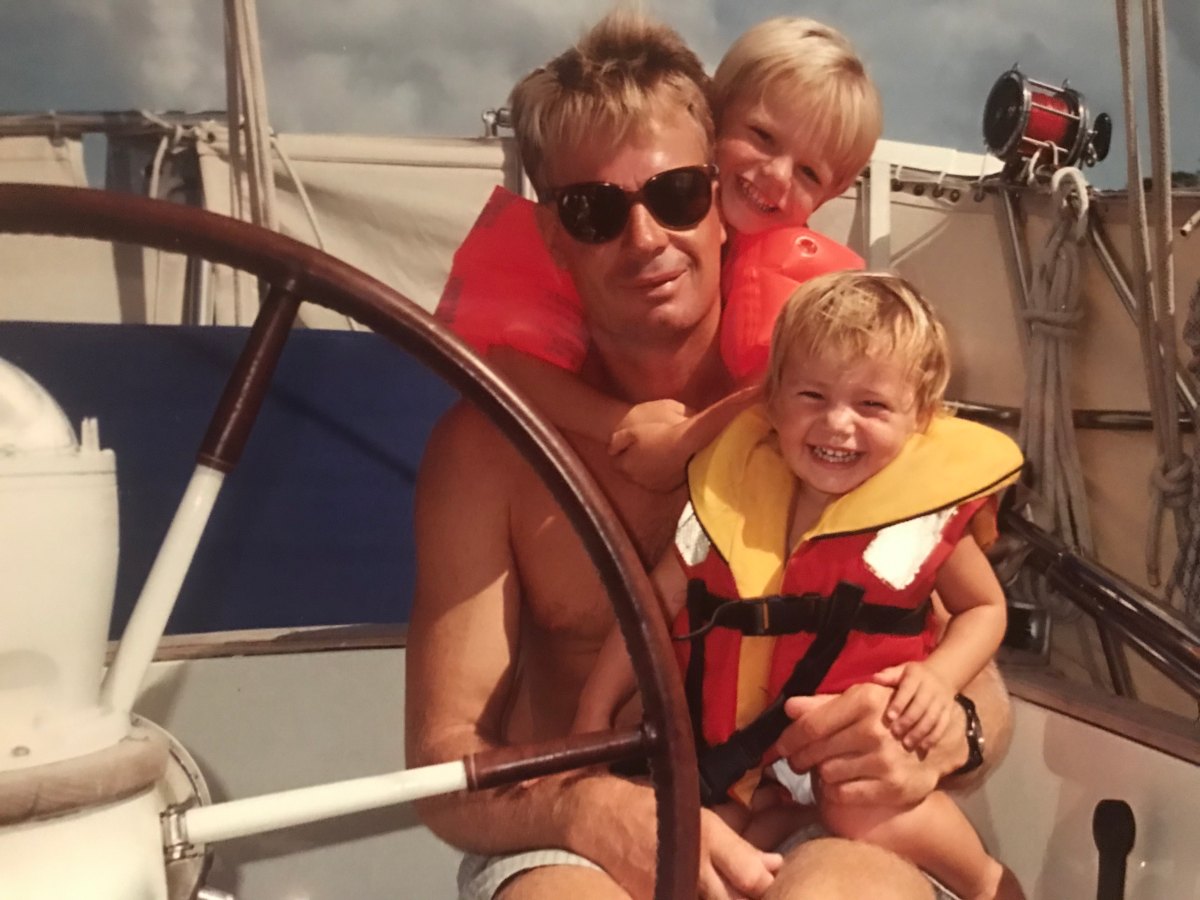 Andrew picked up delivery work and became a roving World Correspondent for Boat International after  meeting and learning from the charismatic Roger Lean Vercoe.

Writing sparked his entrepreneurial spirit and by 2002 The Superyacht Services Guide was born. The Guide's Recommendation concept was a huge success from the first edition, building a strong committed team and expanding to cover five main regions over the last 18 years.
Under the careful guidance of Caroline in the last seven years, SSG continues to be the most respected and trusted ‘go to’ Directory for the yachting industry today. 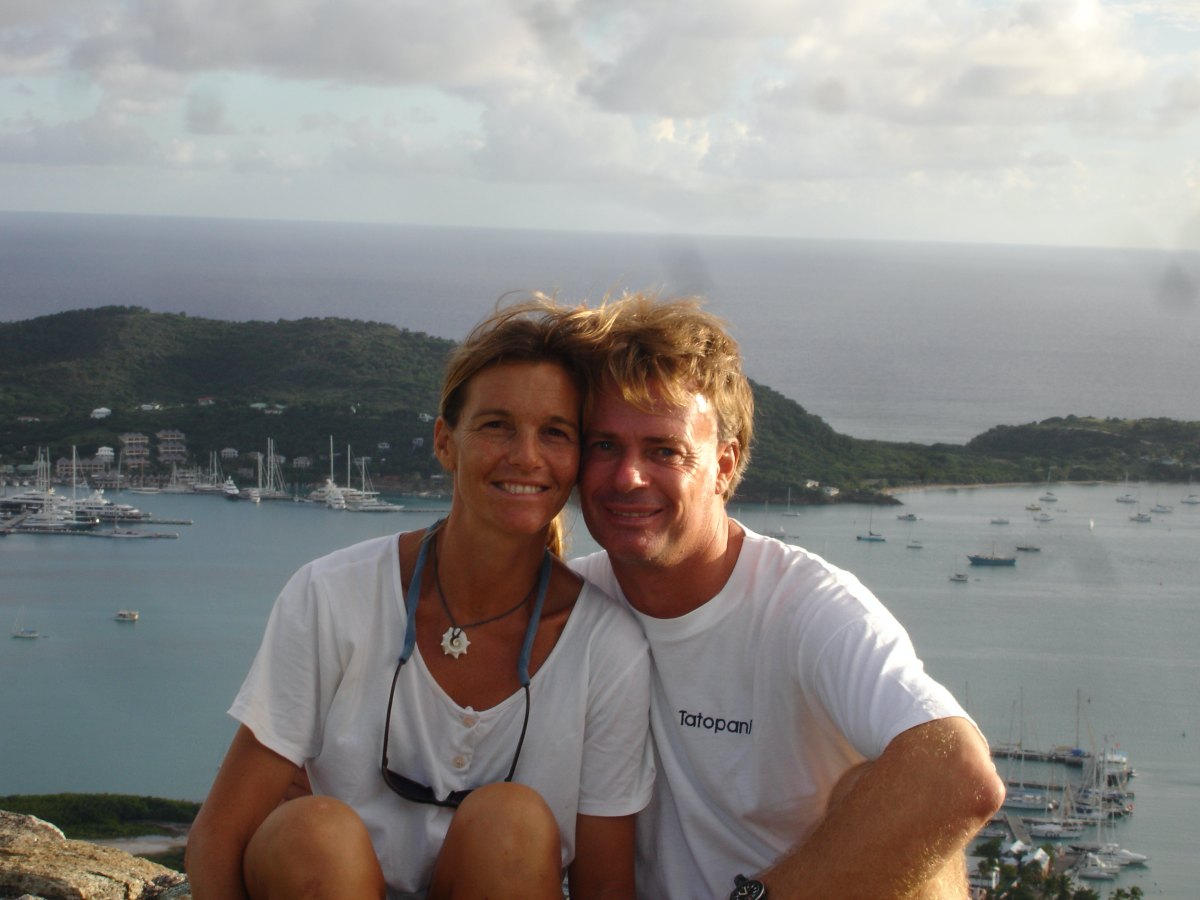 The family lost their adored boat 'Tatopani' in the 2004 Hurricane Ivan that devastated Grenada, and soon found themselves ashore making Antigua home, with the 3 children settling into this special island community and school at Island Academy.

Antigua and the Caribbean were very dear to Andrew’s heart. He immersed himself supporting the yachting industry both locally & internationally, racing in the many regattas on both sides of the Atlantic, the J Class 'Velsheda' being one of his all time favourites - as was meeting his hero Jimmy Buffett in St. Barth's! 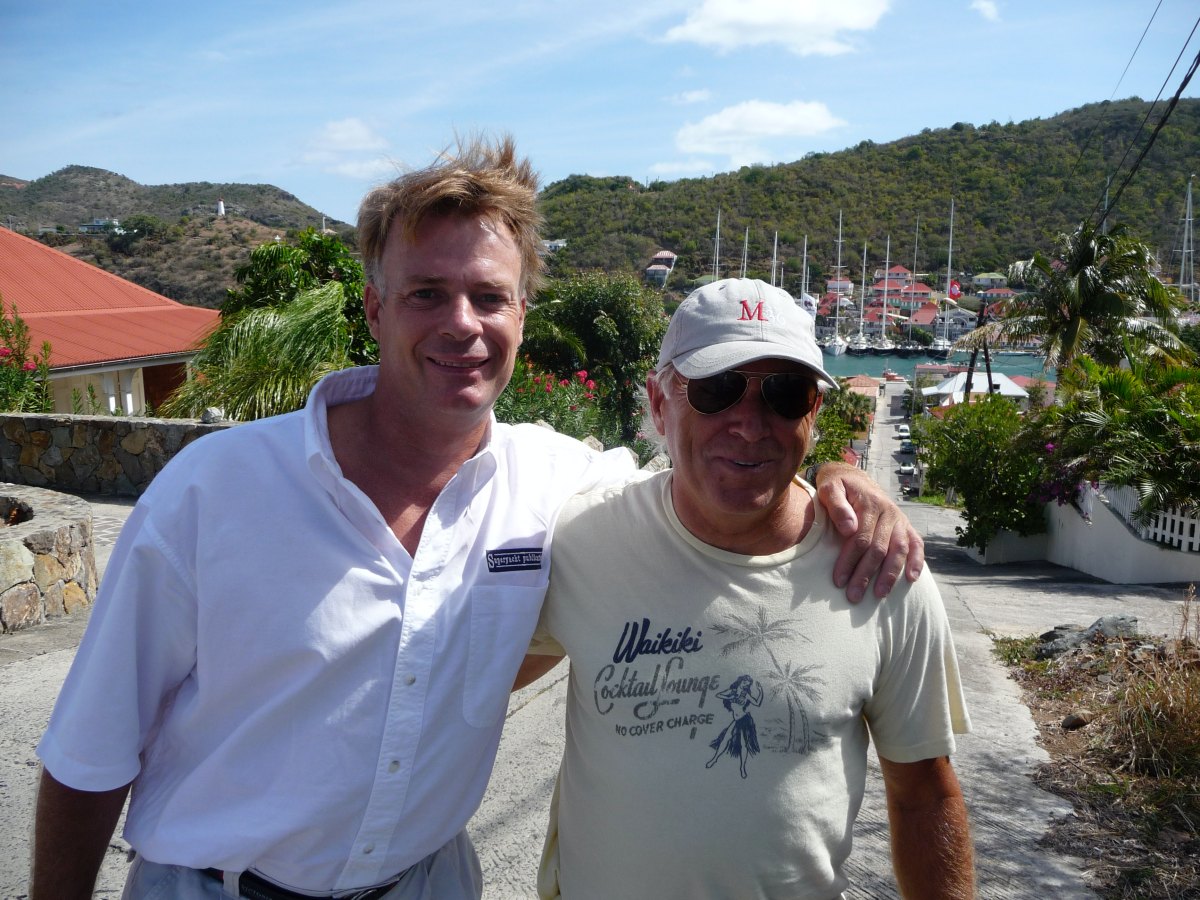 Andrew was a force of nature, with a big heart and voice, he loved to sing and where he started, others followed. His joie de vivre and bonhomie dragged everyone along for the ride, whether they were ready or not.

In contrast, he was also a good listener, with time for everyone, he was able to give sage advice to all who seeked it, whether a corporation or a one-man band.

In 2009, they were blessed with the arrival of their fourth child, Emily. 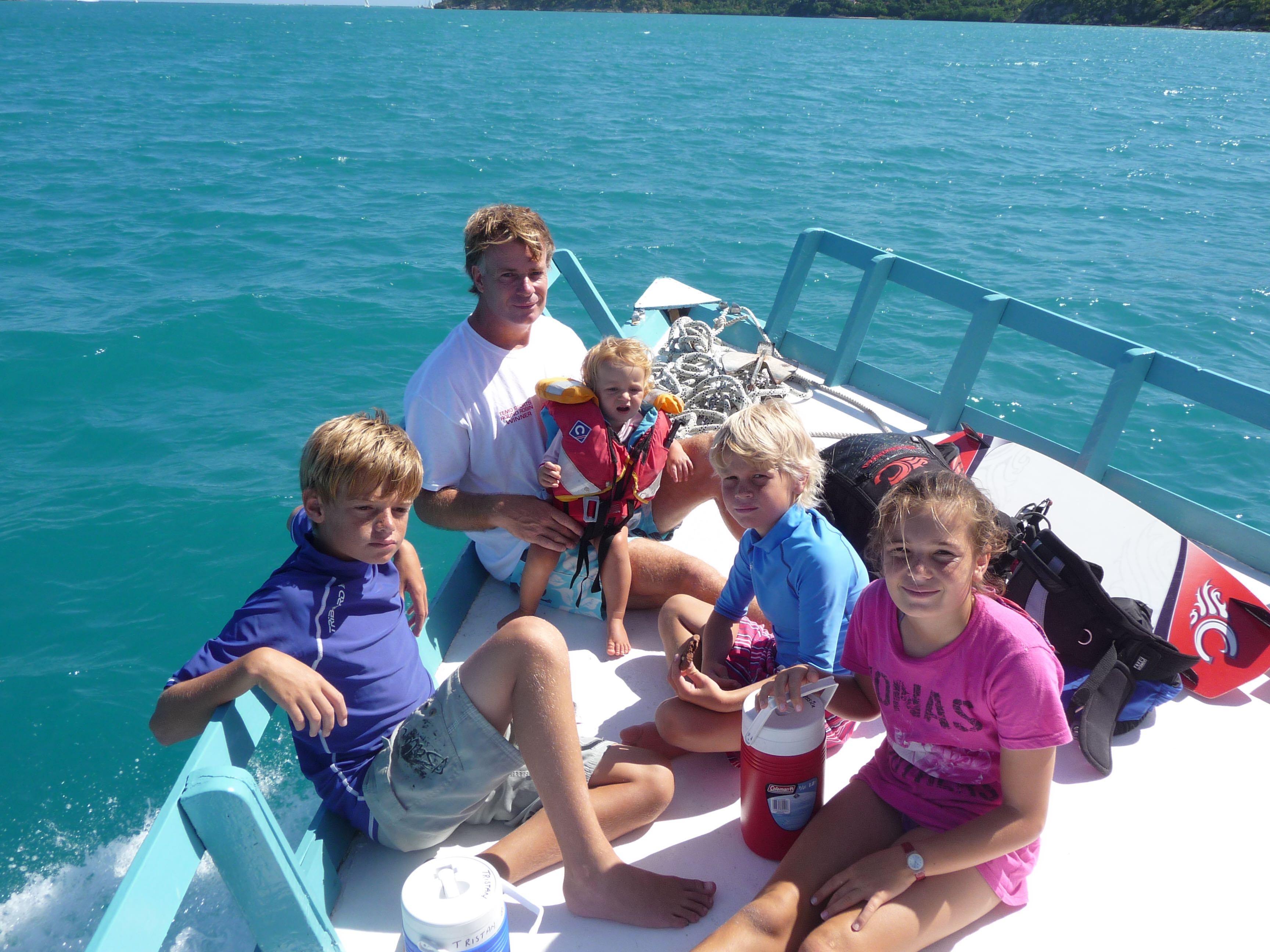 Now with a strong Caribbean team set up, Andrew continued to expand the Guides, and needed a stronger presence in the MED, so by 2011 it made sense for the family to move to Europe, and England beckoned – a critical time in the children’s education. 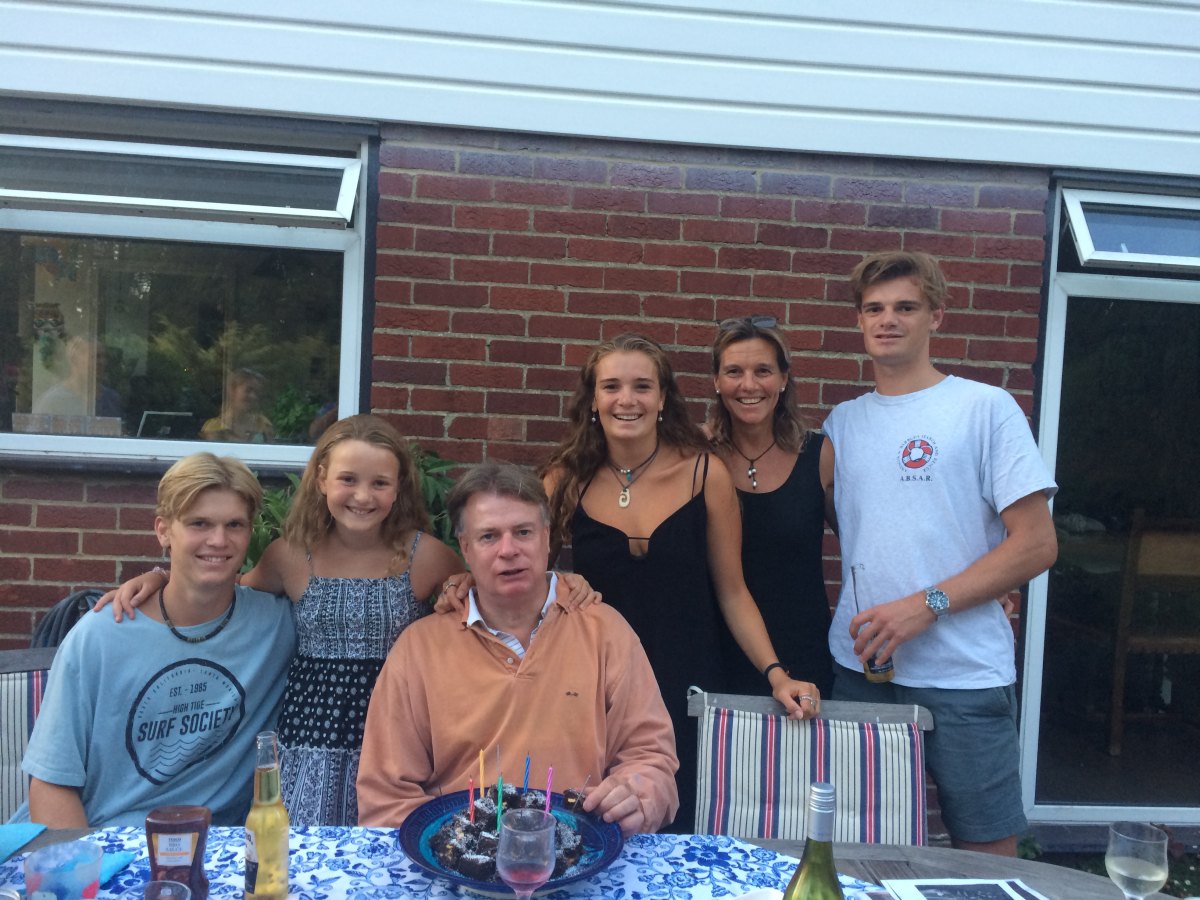 Andrew was at the helm of SSG until deteriorating health due to a challenging diagnosis of a Rare Dementia meant he retired in 2016.
Andrew was utterly fearless and faced this cruel disease with stoicism, thankfully a lack of insight meant his happy disposition continued, often in song.
Cared for by his devoted wife and loving family at home longer than it seemed possible to do so, their last family outing in September 2019 was to a Jimmy Buffett concert in London!

He sadly had to move into a care home at the end of 2019, the family enduring the brutal challenges and separations COVID brought, heartbreakingly seeing a more rapid decline and deterioration in Andrew.
This devastating disease took all communication, mobility and ability for Andrew to care for himself, yet he still felt the presence of his loved ones in the last precious days the family finally spent together as they moved into his room to be with him. 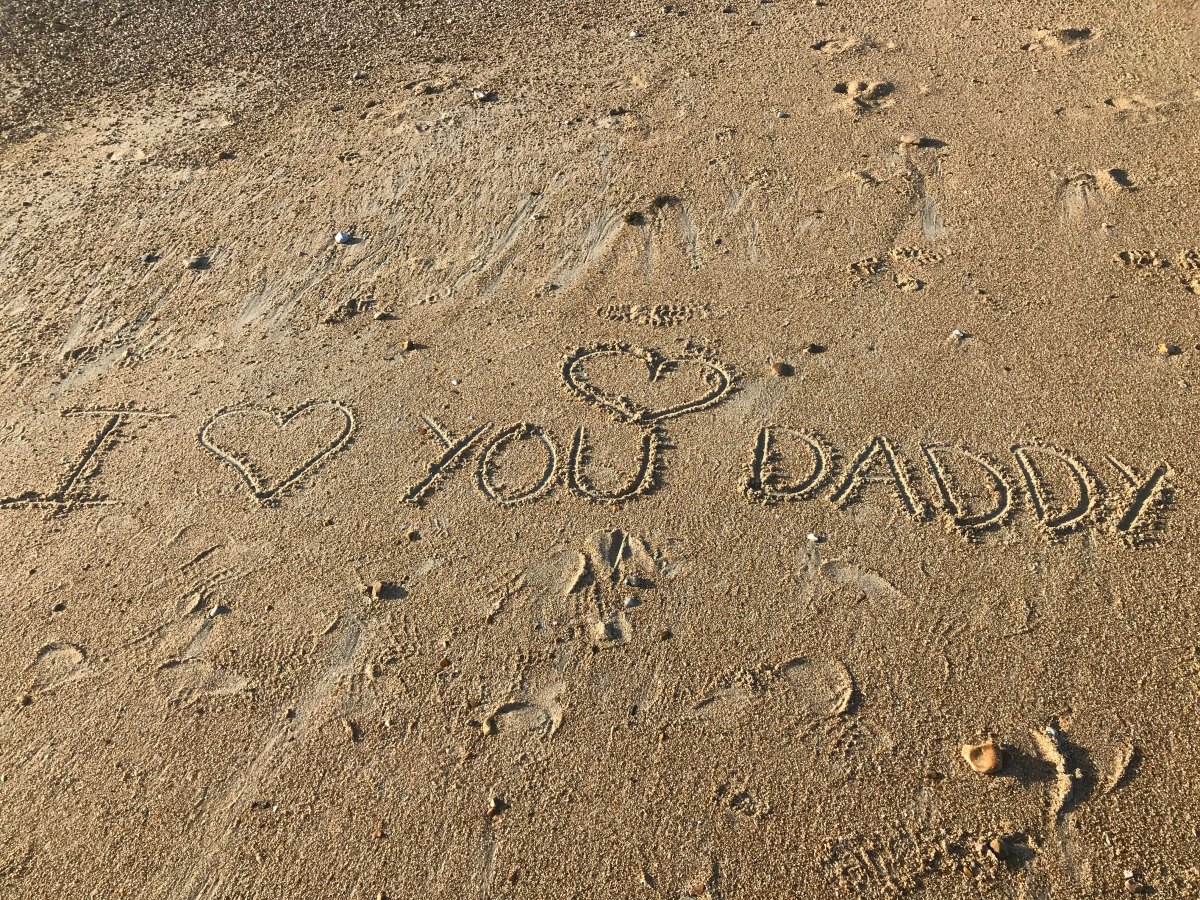 There has been an overwhelming outpouring of love, support and such kind special messages to his family…the impact of Andrew’s great spirit and force of positive energy felt around the world.

Written by Andrew Thompson, a lifelong friend of Andrew's. 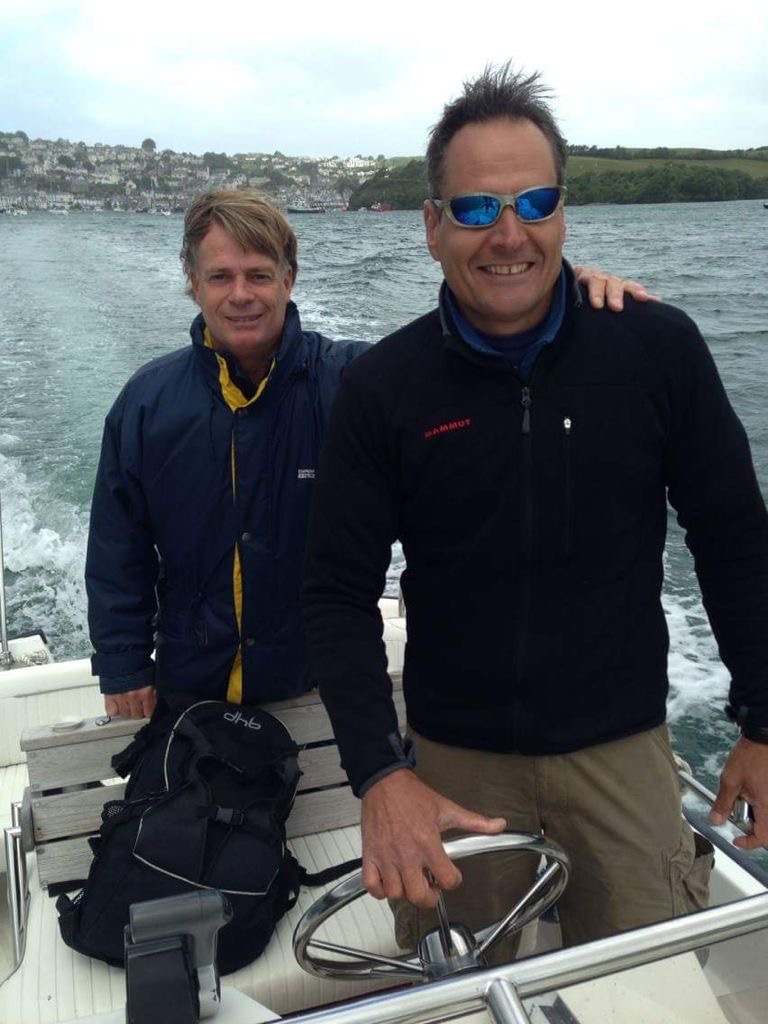