The Crew Awards…. have you VOTED yet?

We are supporting Acrew with The FIRST EVER CREW AWARDS …..

The hard work, experience, skills and expertise required to excel on board superyachts deserves official recognition….So The Crew Awards have been developed to reward crew that have proven themselves to be the very best at their job.

The Awards will be both a personal achievement and an industry-wide recognition of professional excellence.

ACREW invite all Crew to participate & vote in the first ever Impartial Crew Awards….
It’s ‘The Oscars’ meets ‘The MTV Awards’ – a stylish black tie event with a Great Gatsby twist on 13th October 2018 at Le Palace in Nice to announce the Winners! 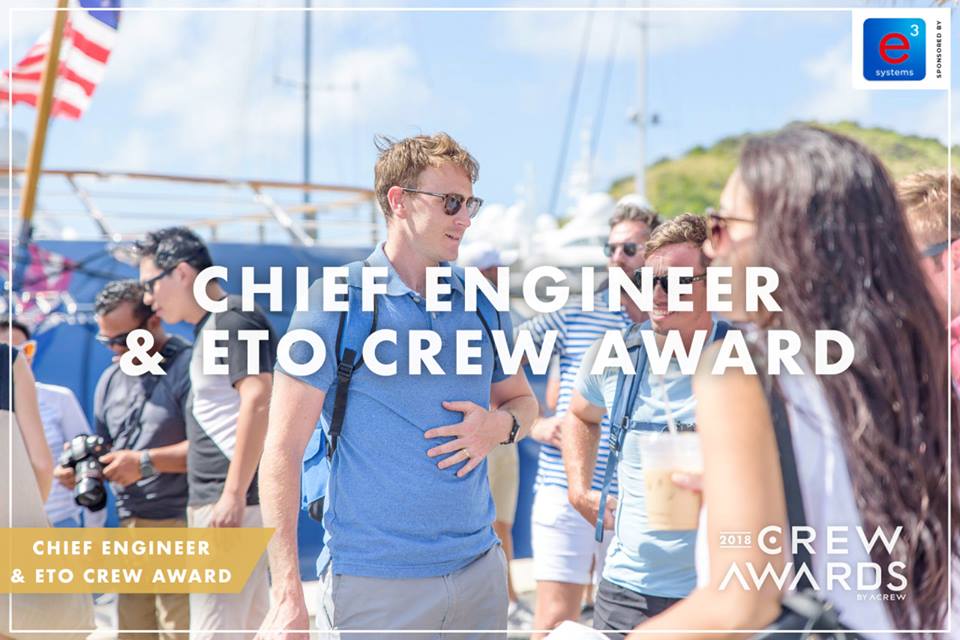 300 guests, Captains and Crew will celebrate the very best crew professionals in yachting around the globe.

The Awards cover 17 different categories on board, from Master, Engineer, Chief Stew, Chef & Deck Crew Award to the Best Charter Yacht , Leadership, Sustainability and the Team Player Crew Award…there’s an award there for everyone!

Over 170 Crew from 80 yachts were nominated -  Take a look at the nominations in each category, you have until Friday 31stAugust to cast your vote.